For World Cancer Day I wanted to share with you all a little more about my niece, Lily, and her cancer. All of my friends, and you lovely people that have taken the time to read my Dying Matters post, know that my niece died on 9th July 2015, aged 21.

She was infested with cancer and we were told, fairly soon after her diagnosis, to expect the worse. She was so determined to fight and it was only when she was told there was no hope of having treatment she gave up and died a few days later.

The cancer she was diagnosed with was a neuroendocrine cancer which is not normally found in younger people. She didn’t have the normal signs and symptoms of cancer. It all started with a pain in her side…she had been unwell for a few weeks and had been given Naproxen tablets for a muscular pain by her GP. She was rushed into hospital as the tablets had given her stomach ulcers and they had burst. She was being treated for the ulcers when they thought that she had a thyroid problem, it wasn’t. Then it was something different, on and on it went; with them looking at different parts of her on a daily basis.

That was when they found the tumours on her ovaries and we thought all she had to worry about was having treatment and being able to get on with her life. We all had thought that she could be fixed. We were very wrong. The cancer was spreading at an alarming rate and had already been found in other organs. She had to wait for tests to be completed and it took two weeks to find out what kind of cancer it was, where it had originated, if it could be treated and how. It was hard for us as a family, I honestly can’t imagine how hard it was for her, wondering if all the hopes and dreams she had would be able to be fulfilled.

When we found out she that she couldn’t have treatment as she was just too ill, I believe we all died a little inside. I know that it felt like I was losing a major part of myself and I couldn’t even imagine what her mum and sister were going through.

From her official diagnosis to her death it was only a matter of weeks. We had no time to prepare ourselves or Lily for anything that was to come.we were all in denial and so very angry that this should happen to her. She hadn’t smoked, drank alcohol or taken any drugs. It was unfair.

While she was in hospital she decided that she wanted to have her relationship blessed. She looked beautiful as always. Although you could see by then just how ill she was.

I like to think that had she lived she would be continuing to create her art and running her etsy shop. She had written a lot of poetry and written what was meant to be a set of three children’s books, she was upset that she had only written two. She really wanted these published and I hope that we manage to do this for her.

That she could have had the opportunity to do everything she had wanted to. She was modelling for a photographer friend and was in a drama group too. She loved dressing up, she was incredibly photogenic and was amazing with make up.

She was terrified of what would happen when she died, if there was somewhere or something after you go. If her Grandad and Nanny would be with her. This is all something a girl of her age shouldn’t have to contemplate. She was so very strong for everyone and suffered too much.

She was loved a lot and has left a huge hole in everyone’s life. She is thought about and missed every day. 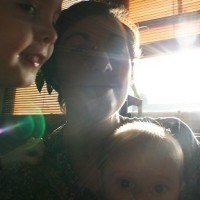 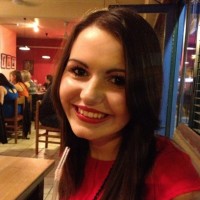 Recipes and Reviews of Birmingham Restaurants and Bars

Family and Foodie Adventures in Bimirngham & Beyond

My Foray Into Food Storage